Is it worth to be "One Trick Pony"?

Is it worth to be "One Trick Pony"? 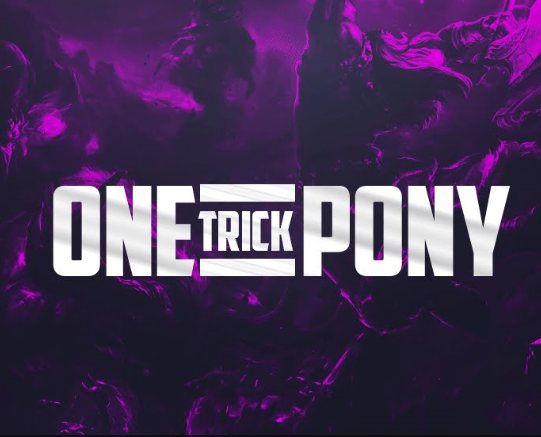 Today I'd like to share my opinion about being "One Trick Pony". The OTP describes a person which plays only one champion most of the time. I'm sure that u've met a guy who has played like 2k games and 80% of these were played with one champion.
All right, the next point is: does it even make sense? I will give you a couple of advantages and disadvantages of being OTP.
First of all, let's talk about downsides of being one.

- Playing only one champion isn't good, because u're very susceptible to getting ur champion pool banned (in this case that's 1 champ!). Of course it depends on whether u play overpowered champion or not- if u play OP one, u're champ is most likely to get banned.
- Even if u pick after your opponent, u might counter yourself, because there's no champion which is good versus anyone else in league of legends.
- You're not gonna become a professional player being the OTP, even tho u're rly good and gifted player. You have to expand your champion pool no matter what.
- The champion u're maining might also get nerfed (maybe to the ground) and become much much worse. Without preparing more champions u may be doomed.

Aight, that's enough! What about advantages of being OTP?
- By playing only one champion u're just becoming a master of him You know all the match ups, you know how to react in specific moment, you know ur power spikes, what to do overall.
- It's probably the best way for climbing the ladder as soon as possible.

To sum up, I do think that being OTP is actually pretty good if you care about your points. Furthermore, u learn macro game faster because u don't have to focus on mechanics of multiple champions. There are some pro players who were OTPs back in the days. They have hit very high elo and after that they started playing other champions to learn them (On high elo u get punished much more often for your mistakes so u learn much faster).

If u have read to this point, thank you. If u liked it, you might buy coaching session which is right below: